We are not always going to agree 100% with one another. Find gratitude for different perspectives and choose what you would like to integrate into your own life to make yourself feel awesome. Sometimes that comes with trial and error as you experiment with new diets or lifestyle approaches. I find organic veggies are super important in my diet. I feel off when I neglect vegetables. Considering the quality of meat is 100% a Bulletproof approach to diet too.

Here is an example looking at grass-fed beef stats:

If you have time to check out this podcast on mitochondria, health and vegetables, it may be worth it based on your curiosities:

A more recent podcast reflects a perspective on carnivore diet and kicking veggies to the curb:

I hope you can dive into some of this information.

I am curious if there are any other thoughts from the Bulletproof Forums Community?! Would love to hear it. 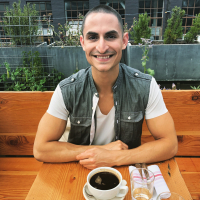 My Supposition About A Far Reaching Conspiracy Theory

there's an argument that it's impossible for a conspiracy theory to exist on multiple levels such that people from the "top" all the way down to Joe in Sales in some office many times removed in an entirely different company in another country can't possibly be involved or complicit in some manner in a cover up, where nobody seems to have any answers the information so perfectly compartmentalized that nobody can connect the dots to this vital piece of information.

we have Edward Snowden, one man and presumably some jump drives? I don't know how he did it...

who presumably proved a mother of a conspiracy theory. i've never read any of the documents. it could have been a compendium of apple pie recipes for all I know.

but imagine 100s or 1000s of people individually exposed to pieces of this puzzle without threat of treason, federal prison etc. what would stop them from sharing this information on the internet and the answer being revealed in short order? I'm sure there is legal recourse, but as long as people weren't complete idiots about how they shared the information they wouldn't have to really worry about a government assassin or what not.

Now, this is vitally important for everyone to consider... it may well end up costing you hundreds or thousands of dollars. it probably has already.

it's also proof, well at least as close as I can come to proof that such a conspiracy theory as I mentioned previously can and does exist.

IF just this one exists, it's not a far stretch that many more exist as well.

"what the funk is the true value/price for a vehicle? I know there are dynamic costs associated with making cars or anything for that matter. raw materials, transport the cost of fuel etc etc. there's no reason the price can't be the price with a dynamic factor that tracks these costs and adjusts the price accordingly.

a kind of truth in selling disclosure. I'd guess prices are the way they are due to willful ignorance, bad credit which basically get you a bad price; and conversely a good price is arrived at with good credit, good negotiation skills and probably more importantly subsidization of price by disadvantaged buyers. 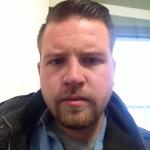