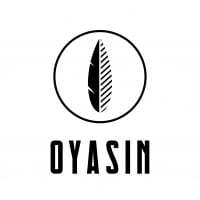 Didn't get much of a response from general section, so thought I'd get you all's opinion / input

Hey guys, I've been interested and involved with nootropics / supplements for some time. Although there is plenty of technology out there that can help to test cognition (Quantified Mind, Dual-N-Back options, Cambridge Brain Sciences), I find that there is something lacking for nootropics specifically.

I've decided to get an app built that would be useful for me when taking nootropics, but I would love to get your input as well. This is (99% sure) going to be a free app, which is just helpful that I'll put on the App store for download.

One of the things I was thinking about was:

- An app that includes places to simply track cognition (by entering scores from the cognitive test in question) along with the stack. For example, someone would track cognition on creatine online for a week, then they could add piracetam and see how their cognitive tests alter the scores. People would still be using things like Cambridge Brain sciences etc., but they would be able to keep track of it all in one place and graph it

- Creating an app that could utilize the supplement tracking functions graciously provided by Stevo: http://forum.bulletproofexec.com/index.php?/topic/5281-track-your-supplements/

- Friend named Ryan (Biology Hacker on these forums) mentioned it might be cool to do a subjective app to test nootropics. His point was that taking those tests is bound to improve scores anyway, so why not just give a scale of 1-10 for certain features. This might include something where you choose the stack and then have a series of rankings from 1-10 including focus / attention, memory, creativity, clarity, mood, etc.

What else might be beneficial? For people who don't take nootropics, but utilize MCT oil or BP coffee (or even supplements for the body), give me a few ideas that might be useful!

Will keep you guys updated when it's in-progress and done.