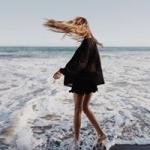 Who takes it, does it work, how much should you take and what time of the day? Thanks!!!!

Do only what you really want to do.