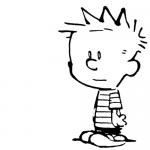 Hey guys- apologies if someone's brought this up before, but I was unable to find a thread specifically devoted to the topic.

Anyone know why pineapple is rated so high on the infographic?  I'm seeing in several places that it's got a ton of vitamin C, and a bunch of manganese as well. But they're high enough in sugar I would expect that to be offset a bit.

Could it be that because you don't eat the outside of it, organic/nonorganic isn't a big deal, or is there something else?

Men are undoubtedly more in danger from prosperity than adversity.  For when matters go smoothly, they flatter themselves, and are intoxicated by their success.  ~John Calvin