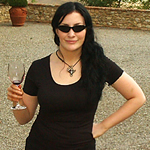 Isabeau
May 2015 in The Bulletproof Diet

I'm Isabeau, a French woman from MontrÃ©al Canada. I have recently been diagnosed with Mast Cell Activation Syndrome (MCAS), which is a fancy way of saying that I have too much histamine and that I'm sensitive to certain triggers (allergy-like) which send me in various degrees of anaphylactic shock. Basically, I went from being full of life and being very happy to being completely incapacitated.

On the bright side, now that I've been diagnosed I know what's going on and have a fair chance of healing back to a normal life (JOY!). I've learned a lot, have become wiser and will be happier for it for the rest of my life, so I don't regret living this, but will be happy once it's over

Now, until I lower my histamine levels sufficiently, a few of my symptoms include vomiting almost everyday, chronic pain and fatigue and lower cognitive abilities. Also, I don't know why, but I've gained massive amount of weight, despite the lack of appetite and constant vomiting (I've put the last picture of me healthy as my avatar, one can hope!). More fat means more inflammation which means more histamine so it's a vicious circle!

So now that I've explained all that, the reason why I'm here is that when I read about the RFLP, I thought that I'd give it a shot, the lack of appetite meant it wasn't a sacrifice, it meant more calories than what I could ingest with the nausea and I thought, hey, if I could loose weight, great! I was already eating somewhere between Paleo and Bulletproof before I got sick and it did me very well so it seemed like a great idea.

What I didn't expect is that it was nothing short of a miracle, as within 2 weeks ALL my symptoms faded, I lost 15 pounds and it was the first time that I felt like myself in years!! My reasoning is that it was a diet so low in histamine that it did in two weeks more than many months of convalescence.

So I'm sure I don't need to tell you that me and mon amoureux (which means the one I love in French) were thrilled!!

Unfortunately, something really strange happened and I could sure use your advice to see if I can get back on this wonderful diet. After a while I started feeling weird after I'd take the bulletproof drink (I replaced the coffee with other things later in the day) and started burping something that burned. I thought of measuring the PH and it was alkaline. So I'm thinking it's bile reflux from the fat. Drinking some apple cider vinegar helped some. After a while, whenever my stomach felt too empty, I would throw up the same alkaline stuff. I since then stopped and all my symptoms have returned :-|

Any ideas and suggestions welcome! I'm waiting for a pH test from the doctors (I'm in Canada so I'm on a waiting list) but in the meantime I'm willing to try anything reasonable to get back to those sweet sweet RFLP days!

Sorry for the long post and thanks for reading!