Oil Pulling - Are We Missing Something Here? 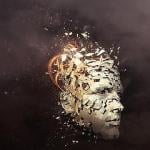 Dave's new post just launched, and I want to address some things about oil pulling. It is blatantly apparent from the slew of anecdotal confirmation stories (via the Facebook link) that there is a major factor being overlooked here. Those individuals who have transitioned from gum disease or generally poor oral health to great oral health from oil pulling are completely ignoring the fact that they are spending more time and paying more attention to their oral hygiene. You will get better results when spending 20-30 minutes on your routine instead of 2-4 minutes. A competent dentist will tell you every visit to be sure and take the time to brush, floss and rinse properly. The flood of anecdotes that follow this topic around make it incredibly difficult to gauge the actual efficacy of oil pulling, and this does not even touch on the misinterpretation of the Vedas nor the cultural disconnect between what we in the west think oil pulling is and what the Ayurvedic system of antiquity was used for.

Furthermore, a quick cursory glance at the major studies that were cited in Dave's latest post show that in one study chlorhexidine was more consistent and began working faster than sesame oil, and in another was equally as efficacious as sesame seed oil. The cited study on coconut oil was not performed against a control treatment method. In one study, chlorhexidine actually outperformed all three test oils, being the only one to reduce L. casei. In most cases oil pulling was shown to be a potential adjuvant or preventative procedure, NOT a main treatment modality.

I found that Dave's use of his own XTC Oilâ„¢ was an interesting choice, as it lacks most of the lauric acid that provides a bulk of the antimicrobial power of coconut oil. To supplement for this loss he added in oregano oil, which is an excellent (albeit very expensive vs straight coconut oil) choice, but he did NOT mention that the sourcing for your oregano oil has a direct impact on its antibacterial properties. Wild harvested oregano oil sourced from Greece is highly efficacious, due in major part to the growing environment and age of the mature plants. Greenhouse grown oregano oil is vastly inferior, and vastly cheaper as well. In my opinion, opt for a reputable cold-pressed coconut oil, and add in a genuine wild oregano oil with the dollars you save, and listen to your dentist.

WARNING: With sufficient strength and prolonged ingestion, oregano oil can damage your gut microbiome due to its strong antimicrobial properties. This treatment is used for antibiotic-resistant infections. Oregano oil can also cause topical irritation, burning or other severe reactions. Test on a small area of skin or dilute in a carrier oil. I am not a doctor, do not be an idiot, my statements are only my opinions, etc. and so-forth.