Will Any Nootropics Give Me A Similar Effect To Dexedrine? 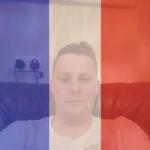 i have adhd, and am currently waiting to get some more dexedrine. i ran out awhile ago and didnt get a new prescription. ideally i would rather find something else so i can take it on a more regular basis without the crash. are nootropics any good? i have adhd with depression and anxiety. i have started going to the gym now, and am changing my diet next year along with supplements.