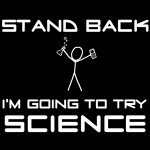 I recently had the last of 8 weekly Bulletproof coaching sessions, coached by forum member Jason H. It was a positive experience and Iâ€™d recommend it, and I also think Jason did a great job adapting the coaching to my situation.

Because itâ€™s called â€œBulletproof coaching,â€ you might think itâ€™s all about supplements and green-zone foods, but that is not the case at all. It seems to be a lot more about improving general performance in a variety of facets of life. For example, my three desired outcomes involved productivity, body composition, and energy levels in the morning. Of course supplements and food can be involved in all of those to some degree, but Iâ€™d say we spent less than 10% of our time on details like that. Instead, it was more deep-dives: are there mental blocks to overcome for productivity, or specific strategies to test out? Is there some larger issue affecting body composition? I donâ€™t know how much mindfulness is part of the standard Bulletproof coaching plan, but I came to the coaching having recently started a mindfulness meditation practice with the Headspace app, which we expanded considerably beyond the app. This fit into the coaching very well, and ended up being a sort of force multiplier for all my desired outcomes. Through meditation sessions and also through brief mindfulness check-ins throughout the day, I was able to reach some new insights on my work output. I also was able to note some bodily responses to foods that I hadnâ€™t noticed before, which may be affecting my body composition over the long term.

Skype video coaching sessions are definitely a little outside my comfort zone, but Jason seemed to have a good mix of being conversational while also following a coaching plan, and I ended up looking forward to the sessions. There are some mindfulness practices that tend toward the hippy side of things, but are also useful, and I found Jasonâ€™s attitude toward them very helpful. Heâ€™d acknowledge that they seem a little weird, but also explain their value, and Iâ€™d end up being able to go into them with an open mind and have since gotten a lot out of them, including applying them to some difficult decisions. Iâ€™m not sure I would have gotten as much from them were they taught to me by someone else.

Jason also was able to ask questions from a different perspective in a way that furthered my progress. Itâ€™s one thing to attempt to increase productivity, but questions like â€œwhat would an ideally productive day look like?â€ are a useful shift in perspective. While itâ€™s easy to think you might ask those questions on your own, the reality is I rarely do, and the coaching context seemed to add value beyond what I could achieve on my own.

When I did want to get into specific foods, supplements, or any other fine-grained biohacky stuff, Jason was of course fluent, as evidenced by his posts here. I also came into the coaching getting some weird results with Coca pulse testing (The concept the BP Food Detective app is based on.) Was my increase in pulse due to specific foods, combinations of foods, or something in my environment? Was this valuable data or was Arthur Coca a quack which is why no doctor has paid attention to him for 50 years? Jason was a great sounding board for these questions and helped me calibrate the amount of attention that I should pay to this specific biohacking project. He also suggested I apply the mindfulness work to this problem, which was helpful: if I get a mildly elevated pulse from one food but do a mindfulness check-in and donâ€™t actually feel crappy, I can weight that data differently than another food that actually does make me feel crappy. Without the mindfulness work, I donâ€™t think I would have noticed the more subtle differences in how I was feeling.

Overall I have made progress on my goals through the coaching, as well as added tools to my toolkit to help me make more improvements on my own in the future. It was a valuable experience and Iâ€™d recommend it to anyone who wants to improve general performance.

My Biomarkers | How to: Find Full Text of Research when you Have an Abstract | How to: Calculate your Insulin Resistance
The case for International Units of Biohacking (IUBs) | Motivation Models & Hacks | Searching the Forum: Hacks & Best Practices