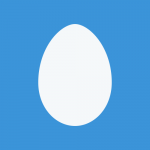 Now Dave became almost mainstream. But back in the day, when he was just a biohacker (not a celebrity), it appears to me he used to speak of his situation, everything he went through with his broken brain, as he being a "canary in a coal mine" and he sought an answer why this happened to him, why, like he said in a LondonReal interview, "if I would to drink a can of coke right now I would be unable to put up a sentence together" (paraphrased).

I have the impression since he launched his "Moldy" documentary and since he started talking non-stop about mitochondria (2015), he seemed to have turned into a believer that it was his early exposure to mold that caused this "canary in a coal mine" situation and that the same happens to everyone else with a similar experience. And that everything revolves around energy compromises or collapsing (mitochondria).

But I am not sure if this was really his conclusion. And if this explanation really makes sense -- by the way, could anyone point us out to a source where the mechanics of early mold exposure could ever lead to such a lifelong, funny condition? Why some people, who are otherwise healthy, have to go to the extreme of keeping food logs to manage the minutia of how they feel and perform in daily life??