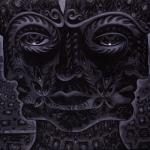 After doing some reading I think I've selected a good bunch of supplements to add to my diet. Piracetam is one. The problem is that I can't find where to buy it. Does anyone know of a place that sells it in the US? And what's a trusty brand? I read a little bit about Piracetam being banned by the FDA. Is that correct?

Maca (some people here don't like it but I do)

At first glance does everything look safe and effective? From what I've read everything is in order on their own, but are some of these combinations bad?