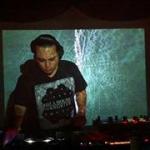 O.D.
March 2014 in Physical Performance
Just wanted to get some opinions on ONNIT's T+. I'm about half way into the first cycle and I feel like it's been giving me good results with my kettle bell workouts.

I went to the dr today to get baseline test done on my thyroid, vitamins and testosterone and mentioned to him that I was taking a testosterone booster. Even though I mentioned that it wasn't a pro hormone or synthetic testosterone booster he was very opposed in me taking it. He said that it'll keep me from making a healthy amount of testosterone in the future. Anyone have any knowledge on this? I'm pretty new to this subject. Any comments are appreciated. Thanks.
0 · Share on FacebookShare on Twitter