2 Week Intro And Honey For Sleep 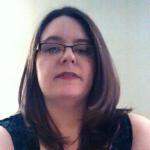 Magess
June 2015 in The Bulletproof Diet

Should I not be taking the raw honey before bed during the 2-week introductory period? Even with it I think I'm generally less than 50 net carbs a day, but maybe it's not a good idea to add sugar when trying to get into ketosis?