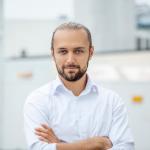 J.Dagsberg
January 2016 in The Bulletproof Diet

Hey, my friend has Type 1 Diabetes that is causing a lot of problem for her. Maybe the bulletproof diet could help I thought but I can't find anything on the topic. Any suggestions?