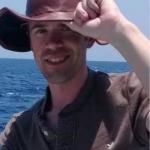 Sean ✭
June 2012 in Sleep Hacking
I say this with all respect for Dave's scientific approach and profoundly useful insights; and as a repeat customer of BP coffee, whey, and Friedlander's products:

To me, Dave looks much older than 39. Specifically, I cite sagging eyelids.

I'm skeptical about systemic benefits from an average sleep time below what just feels comfortable at ~8 hours. But I don't know much about the subject... I just see a smart guy who looks quite a bit older than he is, and I wonder if it has anything to do with sleeping 5 hours a night; because it sure isn't due to his eating a very healthy diet.

Maybe it's just genetics combined with Dave's unusually unhealthy state in his 20s; and sleeping hacking (done right) should not accelerate aging for most people.