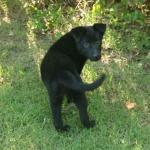 Have any women out there done the rapid fat loss protocol as outlined on the main site? I feel really good with the all fat diet for a few days at a time, so I am giving it a try. I have not yet used the BCAAs cause they look like they would ruin the coffee, and taste terrible in water.

Thoughts? Experiences? I am going to try it for a week or two and see how it goes. I may do less than one week before the carb refeed, and am just going to go day by day, and how I feel.