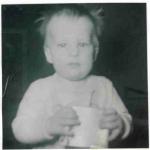 I have a fungus under the toe nail of my big and middle toes on my right foot. I have tried many topical treatments but the infection persists. Does anyone have an effective treatment protocol that they can recommend? I am not thrilled about hosting a mycotoxin generator and would like to rid myself of it for good.