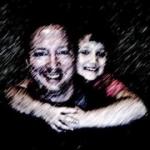 Steve Oglesby
March 2012 in Detox
Regarding lipocuetical glutathione - I find "reduced" glutathione at my local health food store in pill form. One type is called L-glutathione. Is that close enough?

No problem finding activated charcoal on the same shelf... what's the recommended dosage for that one?

I'm pretty stoked about getting 49 years of junk out of my body.