Insulin Spike After Workout Yes Or No? 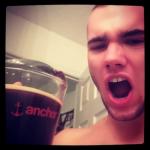 So we all know what an insulin spike after a workout does. And we all know the bulletproof diet is a cyclical ketosis diet, so my question is will an intentional insulin spike using coconut water (my choice), dextrose, or a high carb protein shake take you out of ketosis if its right after working out?

Is it a no no to spike insulin after working out when in ketosis?

Or is it recommended?

Never Stop Moving: Progress in some aspect of your life everyday, move forward in it, whether it be your job, school, body, mind, or relationships. Constantly better yourself!