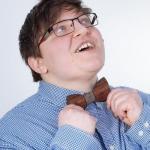 The BP Diet has helped me to really tune in to my body. I have been having a pretty stressful week at work and am realizing that my body is stressed out too. I have found it to be more difficult to focus, and I am antsy and constantly moving.

Any ideas for ridding my body of this excess cortisol so I can work well under the pressure? Thanks in advance for your responses.

"Most women in our culture, then, are disordered when it comes to issues of self-worth, self-entitlement, self-nourishment, and comfort with their own bodies; eating disorders, far from being â€˜bizarreâ€™ and anomalous, are utterly continuous with a dominant element of the experience of being female in this culture."â€” Susan Bordo
Tagged:
0 · Share on FacebookShare on Twitter
«12»