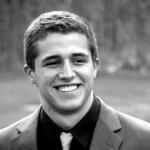 AndrewMcDermot
March 2014 in The Bulletproof Diet

So I have been wondering this for a while...

Do things like upgraded vanilla and upgraded cocao butter spike your insulin?

They don't contain any carbs but they taste sweet. Does this sensation spike the insulin in your body?